Stephanie Burns is the founder of Chic CEO, a web resource for women to help them implement their ideas.

When Stephanie Burns started Chic CEO, she struggled to get traction.

“For a long time, I had a very small email list,” she says. “My list wasn’t really growing. It was a pretty rough period.”

The problem was that Stephanie didn’t truly understand her target market. “It was more of me just talking at them, hoping that they got the information,” says Stephanie. “But I was getting zero feedback.”

So Stephanie decided to really get to know her target market. “That was the first time that we really dug in deeper with our consumer and asked them what they wanted,” she says. “And from then on…we really started growing a whole lot more,” she says. Today her Chic CEO community is 60,000 strong.

In her Mixergy course, Stephanie shows you how to make your target market want to buy from you. Here are three highlights from the course.

1. Make Sure It Means What You Think It Means 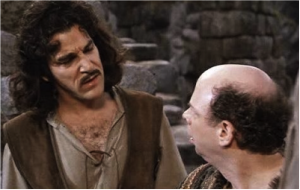 If you just think your message is clear, you’re probably wrong.

For instance, Stephanie did a mock investor pitch and found out that no one really understood what Chic CEO was about. “There was actually somebody in the room that had been a subscriber of ours for a long time who still didn’t quite understand what we do,” she says.

A big source of confusion was Chic CEO’s tagline: “entrepreneurs with style.” “They thought we were a fashion brand for entrepreneurs,” she says.

So how do you make sure your message is clear?

Meet face-to-face with your target market.

When Stephanie met with people for her mock pitch, she could tell by looking at their faces that “they didn’t understand [the tagline] at all,” she says. So she worked with focus groups to develop a new tagline: “empowering savvy entrepreneurs.”

Her audience told her that, to them, that tagline means “tools, how-to, community, networking, [and] ways for them to do business with each other,” says Stephanie, which is exactly what Chic CEO offers.

2. Get Them to Engage 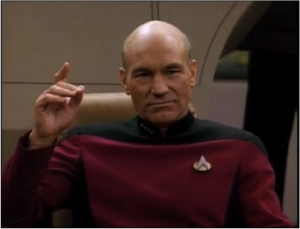 If your customers aren’t engaging with your product, you definitely won’t be able to grow.

For instance, in the early days of Chic CEO, Stephanie’s customers weren’t really reading her material. “We kept getting the same questions asked over and over again, but we’d already answered them within the program,” she says.

Stephanie says it was tempting to say, “Why don’t you just read what we’ve already done for you?!” But that wouldn’t have solved the problem.

So how do you get your audience to engage with your product?

Ask your audience “why” until you get to to the root of the problem.

For instance, Stephanie wanted to know why people were asking questions that she’d already answered. She found out that it was because they weren’t reading the material.

Why aren’t you reading it? “It’s too overwhelming,” they said.

Why is it overwhelming? “Because all the information’s there at once and we don’t want to dig through it.”

Why don’t you want to dig through it? “It saves time if we just reach out and ask.”

So using that information, Stephanie redesigned her program to be less overwhelming. “We dig into one topic a month and they can really deep-dive into that rather than go horizontal,” she says. “And it’s been a way more successful program and it’s been way more valuable to our community.”

3. They’re Not All the Same Your target customers aren’t all alike.

For instance, “not everyone learns in the same way,” says Stephanie.

Stephanie found that out when her customers kept asking to meet with her in person, even though they already had her program. They’d say things like, “I just really would like to talk to you. Can I take you to coffee? If I could have 20 minutes…” says Stephanie.

So how do you connect with different kinds of customers?

Give them what they want.

For instance, Stephanie’s audience was asking for one-on-one time with her. Of course, “if we’ve got 60,000 entrepreneurs, I can’t [talk to everyone] in person,” says Stephanie.

So instead, she proposed a full-day intensive workshop, which her customers said they’d happily pay for.

“The in-person stuff is going to cost them a lot more, but if that’s what they want and that’s how they want to be served, then make that available to them and you’ll see your target market grow,” she says.