Master Class: The Obstacle is the Way – with Ryan Holiday

Ryan Holiday is the founder of Brass Check Marketing.

Every founder deals with their share of hurdles and roadblocks. There’s not enough money, a developer suddenly quits, an idea fizzles out…

“Our first instinct is to…assume we’re more or less f–ked, right?” says Ryan Holiday, founder of Brass Check Marketing and author of The Obstacle Is the Way.

But that mindset only makes the situation worse. Instead, Ryan says to “hold your ground and see objectively what is in front of you.”

In his Mixergy course, Ryan shows you how to see objectively and then crush your obstacles. Here are three highlights from the course. 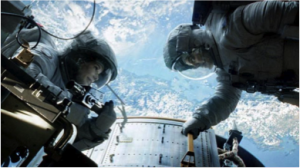 “I was thinking about all the problems that I’ve made worse in my own life,” says Ryan. “You know, someone sends me a nasty email. I want to respond, I want to get angry, I want to fight back against them,” says Ryan.

But that never solves the problem. “That’s the first thing our emotions do usually, is dig us into a deeper mess than we were already in.”

Have the reaction, but don’t act on it.

“What you want to think about with your emotions is okay, something happened,” says Ryan. “It’s an objective event outside you. Can you not make it worse with an overreaction? The first rule of holes is to stop digging.”

Ryan points to the example of the first astronauts. “It wasn’t so much their ability to fly aircraft that qualified them for the Apollo missions,” he says. “It was their ability to regulate and control their emotions. To not hear a bunch of alerts and then start hitting random buttons and blow themselves up.” 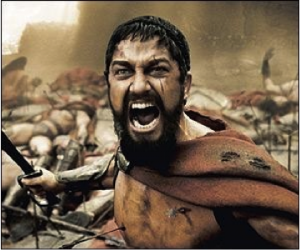 What do you do when the deck seems stacked against you?

“You’re an entrepreneur and you’re having trouble with the company,” says Ryan. “You’re stressed and you’re overwhelmed. You think about how this affects you financially. You think about all the problems that it’s causing for you, whether it’s stress in your marriage, or your life, or it’s just more than you signed up for.”

But Ryan says that focusing that stuff won’t help you overcome the obstacles you’re facing.

So what should you focus on instead?

Think about the greater good

Focus on a mission that’s bigger than yourself.

“Think about all the employees that you brought onto this business that are dependent on you for their livelihood or the customers who depend on your business to do what they do,” says Ryan. “It’s that ability to think of something a little bit larger than yourself that allows you to find something within yourself that maybe you didn’t know you had.”

Ryan says that’s how Vice Admiral James Bond Stockdale survived a North Vietnamese prison camp for almost eight years. Instead of focusing on his own life, he thought about the fact that as the highest ranking American POW, he was in a position to provide leadership and moral support to other POWs.

3. Do a Vulcan Mind Meld 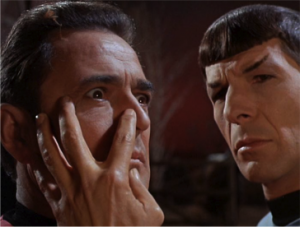 Surprisingly, founders even put obstacles in their own path.

For instance, when we’re pitching our product or service for the first time, “we feel intimidated,” says Ryan. “We feel self-conscious. We want to be chosen very desperately. It’s a human emotion in that you go into the room and you basically want to beg for this person to accept you.”

But that mindset is an obstacle in itself. “Often the story you’re telling yourself, it’s actually holding you back,” he says. “It’s actually making your life more difficult.”

So how do you create a constructive story?

Get inside their head

Think about the situation from the other person’s perspective.

“One event can have two very different explanations,” says Ryan. “I try to think about…what is the explanation that I’m bringing to this situation that’s making it either really bad or really intimidating?”

For instance, when selling to a prospect, Ryan says, “Okay look, they have a problem. So instead of groveling or coming at it from a position of weakness, I’m going to understand and empathize with where they’re coming from, and I’m going to position myself as the solution to that problem.”