Master Class: The Happiness of Pursuit – with Chris Guillebeau

"The Happiness of Pursuit"

Chris Guillebeau is an entrepreneur and adventurer who visited every country in the world (193 in total) before his 35th birthday.

Chris Guillebeau says that life is more fun when you’re on a quest.

“I thought it would be awesome if one day in my life, I could say I’ve been to 100 countries, says Chris, founder of The Art of Non-Conformity and author of The Happiness of Pursuit. “Eventually I realized it wouldn’t actually take long to do that, and it also wasn’t super hard if could kind of pick and choose which countries.”

So he decided to up the ante. “I decided to set a goal of every country in the world,” he says. “I gave myself the deadline of my 35th birthday, which was eight years ahead.”

Along the way, Chris documented his travels on his blog, and he eventually started creating products, like a travel hacking guide to help people quickly earn free flights. Today he has several Unconventional Guides, he’s a New York Times bestselling author, and companies like Google and Facebook hire him as a guest speaker. He also completed his epic quest last year in Norway, right on his 35th birthday.

In his Mixergy course, Chris shows you how to go on a quest that will bring purpose to your life. Here are three highlights from the course. 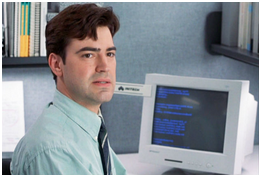 How do you know if your quest will turn into a business?

You don’t. That’s why Chris doesn’t recommend undertaking a quest solely as a career move.

“I’m fortunate that I was able to develop a career out of it, but I don’t think that was ever the goal,” says Chris. “I think there are easier ways to make money than spending 10 years sleeping on the floor of airports…or going to the islands of South Pacific where there’s almost no internet access.”

So if making money isn’t the point, how should you approach your quest?

Be serious about your crazy idea

“If you have a crazy idea in your head, you should pay attention to that crazy idea,” says Chris. “It’s not necessarily that every person out there has to go out and do something completely outlandish, because maybe they don’t want to, right?”

But if there’s something that excites you, go after it. “Don’t just put it off,” says Chris. “Don’t say, ‘I’ll do that later when I’m out of school, when I have more time, when my kids are grown.’ I really believe you have to pay attention to that discontent, or whatever you choose to call it.” 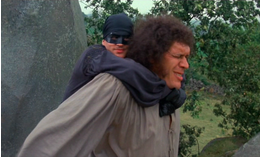 Chris visited every country in the world before his 35th birthday. But what if an epic quest like that isn’t possible?

For instance, Chris says Sasha Martin was a globetrotter and food lover who ended up living in Oklahoma with her husband and their young daughter. For financial and logistical reasons, she couldn’t travel. “Sasha’s experience was, okay what can I do?” says Chris. “How can I live this life of adventure? I can’t visit every country in the world like Chris does.”

So what do you do when there are real barriers in the way?

Get to the heart of your quest and find another way to pursue it.

For instance, Sasha loved food and travel, so she challenged herself to create one meal per week from each of the 195 countries in the world. “The whole week would lead up to it, and then she would document the recipes and post them online,” says Chris. “She would play music from that country, serve this complete meal with appetizers, main course, and dessert. Her young daughter grew up with this international perspective for the first three-and-a-half years of her life.”

And Sasha got the sense of adventure she craved. “Sasha wasn’t able to [travel] to all these different countries, but she brought the world to her home in Oklahoma,” says Chris. “Even though she was busy, even though she had this young daughter and time was limited, she found a way to bring adventure into her life.” 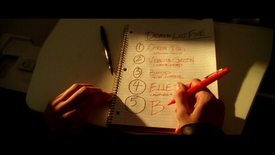 Every quest has difficult moments.

For instance, after Chris had slept on countless airport floors and had been turned away from several countries, he was feeling worn out. “I was in one of the ‘-stan’ countries,” he says. “They’re beautiful countries, but I think at time in my life, it was around country 140 or 150, that’s when I was like, ‘Yeah. I’ve been doing this awhile…’”

So how do you push through the difficult or monotonous moments?

Pick a number and document progress

Set a number-based goal, then track your progress with a list.

“I really believe that the number is important,” says Chris. “If I was just a traveler, [you might say], ‘There’s Chris, he’s this guy who goes to a bunch of countries.’ But for me, it was every country in the world. That’s pretty cool, right? So I couldn’t just go to 150 countries and then stop, right? [Then you’d say], ‘Chris is the guy who almost did it.’ That’s why I feel like the specific number helped.”

In addition, Chris documented his quest in Evernote. “As I made progress over the years, I would put a little X next to [each country],” he says. “So, I saw that document fill up with Xs, and even though I was a little bit tired toward the end and focused on other stuff, I had to keep going. I had to keep going because I was almost there.”