Master Class: How to test a revenue generating program – with David Bullock

David Bullock is a consultant who helps companies find and grow their revenue. That includes working with them on SEO, pay per click, traffic building, funnel creation, and so much more.

David Bullock sees the same fatal mistake over and over.

One of his clients comes up with an idea, and “they think, ‘We’re going to build it, and then someone is going to snatch us up, and it’s going to be a big buyout,’” says David, a consultant who helps companies like American Express and Kawasaki grow their revenue.

That was the mistake that The Nurse Company was about to make when they first came to David. At first, they wanted to create a Facebook for nurses. “But there’s already a Facebook,” David pointed out. “So who’s going to buy that?”

And besides, the real money in their market was actually in employment. So David said, “Let’s find out if we can place nurses in hospitals, like a headhunter.”

So for the next three months, they spent $4,000 on AdWords to test the idea. “They also [hired] a nurse who actually…placed [nurses] in the hospitals,” says David.

And the test paid off. “I believe [gross revenue from AdWords] was $30,000,” he says. And more importantly, they’d validated a new source of revenue.

In his Mixergy course, David shows you how to find and test a revenue generating program. Here are three highlights from the course. 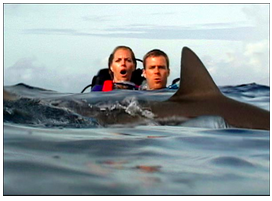 Kawasaki is primarily known for making motorcycles. But they actually make all sorts of products, like assembly line robots.

But the robots weren’t profitable in the automotive industry. “Automotive is a blood bath,” says David. “Profit margins are getting thinner and thinner. The competition is high.”

So what do you do when you have a good product (or idea), but the market is crowded?

“Your product has multiple uses,” says David. “And you won’t know where it can be used or how it could be configured until you actually take a step to the left or the right of where you thought your niche was. You can still niche, you’re just niching in a more profitable industry.”

So to help Kawasaki, David looked to the food industry. “Everything that leaves a plant goes into a box,” he says. “So we went over to the food industry, and we found out there were situations where you had to put a robot at the end of the line, to put the box on to a pallet, to get them into the truck.”

So Kawasaki started selling their robots to the food and beverage industry. “We’re going into new markets with products and services that were commonplace [in automotive], but over here [in the food industry] they’re extremely valuable,” says David.

2. Go Where the Fish Are 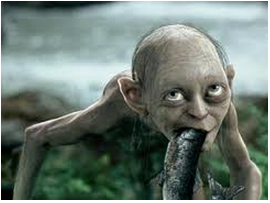 After David helped The Nurse Company develop their nurse placement service, the question was, what next?

Should they only focus on that service, or should they try to expand with new products and services? “A lot of times we’re told to niche, niche, niche, niche,” says David. “Then we get a little bit blind to what’s available. And we’re also told not to diversify. If you look at my website, you see I work with robots, jet planes, vitamins, and software.”

So how do you find additional revenue streams?

“You have to put yourself into the place of the customer, and start really looking at what they need to support the happiest life they can have in that particular role,” says David. “Upstream and downstream of whatever it is that you are doing, you will always find money.”

For instance, The Nurse Company diversified by going into education and then into software. Eventually they grew so big that they acquired another company and then partnered with Elsevier, a giant in academic publishing.

“[The Nurse Company] wouldn’t have been able to get there unless they came through the route of ‘we did the nurse piece, we did the social media piece, we did the membership piece, okay, now let’s move up the line now to software,’” says David. “Then they became more attractive to other companies.”

3. Get the Glengarry Leads 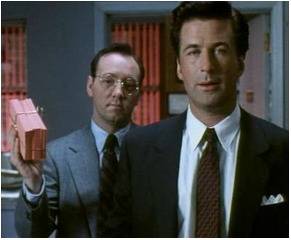 Sometimes you can find new revenue by improving an existing revenue source.

For instance, David had a client who sold fleet GPS systems. “One sale would produce a minimum of $20,000 in revenue in this particular marketplace,” he says.

But although they were getting lots of leads from their website, they were only closing 5-10% of them. “Plus, they have a call center…so they’re paying people to make those sales,” he says. “So, you have to look at the infrastructure to determine whether [a revenue source costs you] a few cents or it’s actually someone’s salary every year.”

So what do you do when your site isn’t generating good leads?

To do that for his client, David redesigned their site to collect more information before a sales call.

For instance, when prospects filled out the contact form, David included a “best time to call” question. “So…they’re expecting a phone call from me now,” he says. “So now I know they are a decision maker.”

He also included questions like “how many trucks are in your fleet?” “It was a minimum of two trucks,” he says. “If they had one or zero, then obviously I didn’t want to talk to them.”

After redesigning their website, the call center started closing 20% of their leads. “I doubled their call-to-close rate, for the people that they’re paying to be on the phone,” he says.