How to build a sales machine without gambling on sales people

Justin Roff-Marsh is the founder of Ballistix, a Management and Marketing Consultancy specializing in Sales Process Engineering.

If you want to boost your startup’s sales, what do you do?

The most popular answer seems to be “hire a full-time commissioned field salesperson.”

In other words, (1) you hire somebody full time, (2) pay them a commission on sales, and (3) have them go out in the field and sell.

Justin Roff-Marsh, founder of Ballistix, thinks startups “shouldn’t be doing any of those three things.”

Instead, Justin prefers to create a “sales machine”.

“If your objective is to make money, the industrialized approach to structuring environments…is well-proven,” he says.

For instance, he helped one of his clients create a sales machine and “they doubled sales almost immediately”.

In Justin’s Mixergy course, he shows you how to do it. Here are three highlights from the course. 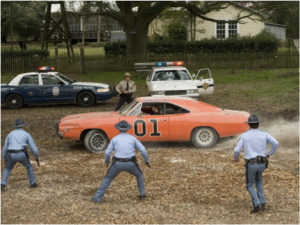 These days, it’s almost impossible to get a prospect on the telephone.

“Even if a founder said, ‘I make 200 calls, and out of 200 calls, three people pick up the phone. And of those three people, one of them listens to me and agrees to an appointment.’ I still couldn’t get excited about that because how’s the founder going to grow his business?” says Justin. “How long is that going to persist for? And how is he going to find other people who are prepared to subject themselves to that?”

And if you do hire a salesperson to make those calls, you’re not going to get great results.

So if outbound sales doesn’t work, how do you reach new customers?

Write a compelling proposition that gets customers to come to you.

“Your basic offering has to be appealing to the market,” says Justin. “And if the offering is appealing enough to the market, then we are going to be able to come up with a compelling proposition.”

To find out if a proposition is appealing enough to generate inbound sales, Justin tests it with pay-per-click ads.

For example, to promote a book, Justin ran ads offering free individual chapters, calling them “reports.” But he found out that no one wanted free reports. “I discovered that…[giving away the first free chapters] works so much better than giving away ‘reports,’” he says.

And if you can’t come up with a proposition, that’s useful information, too. “If you can’t figure out a way to compel potential customers to initiate contact with you, then you haven’t finished developing your product yet,” he says. 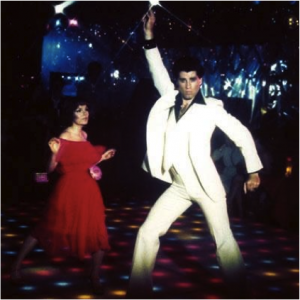 Think you’re ready to hire salespeople? Not so fast.

“If you are a startup, then by definition you’re going to be small,” says Justin. “It makes no sense whatsoever to employ full-time salespeople if you are a startup. You probably need to grow to the point where you are doing $5 million dollars a year before you can justify having anyone who is full time responsible for sales.”

But Justin admits that there aren’t enough hours in the day for you to everything by yourself.

“There’s a huge amount of paperwork required in order to progress the [sale], and the paperwork is enormously time-consuming,” he says. “When you look at the total effort expended in order to prosecute a sales opportunity, the majority of the effort is just hustling, just ringing people saying, “Dude, where’s the paperwork?”

So if it’s so time-consuming, how can you be the only salesperson?

Hustling is the time-consuming paperwork and scheduling process. “What happens is people conflate the two and they call it selling,” he says. “But the reality is that the hustling is just hustling, and anyone can do it.”

So Justin uses systems and assistants to handle the hustling part, which frees him up to handle the critical selling conversations. “Someone else has scheduled it,” he says. “All you have to do is put your headset on, sit down at your desk at the scheduled time, dial a number, have the conversation, and then tell someone what the outcome was so that they can take it and do whatever needs to be done next.”

3. Go from Manual to Automatic 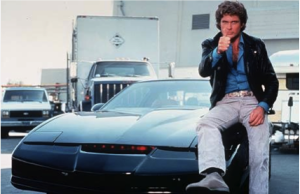 After you create a compelling proposition, you still have to get prospects on the phone.

“The end point is…the point at which we’ve convinced somebody to participate in…a critical selling conversation,” says Justin. “In other words, a sales call.”

But getting a phone number and scheduling a call isn’t as easy as it sounds.

“What used to happen is that [our executive assistant] would follow up on all the people who requested books individually and chase them down,” says Justin. “But her capacity to do that was fairly limited, and it’s so easy for us to generate book requests that we were continuously choking back online advertising. And also a lot of her activity chasing people was relatively unproductive.”

So how did Justin get the phone calls and streamline the process?

Justin uses an automated system to gets prospects on the phone.

“What we discovered is [that our system] works just as well, if not better, automated,” he says. “Now we can generate a much higher volume of sales opportunities without maxing out [our executive assistant] because [she] only interacts with people who schedule a [call].”

To do this, Justin uses a four-step system.

First, a prospect clicks on an ad and requests the free offer.

Second, Justin mails the offer, which is always something physical. “The reason it’s beneficial to do that is if people are expecting stuff in the mail, they give you accurate information,” he says. “And more importantly they tend to give you a phone number.”

Finally, the prospect schedules a call on Justin’s calendar. Or, if the autoresponder series ends and the prospect hasn’t scheduled a call, the prospect is automatically invited to upcoming webinars.

“The webinars for us are huge…not huge numbers, but…a good percentage of them will request [the conference call] off the back of a webinar,” says Justin.