How to use rapid validation

1 like
+ Add to
Ilya Spitalnik, PowToon, SaaS (software as a service)

Ilya Spitalnik is the founder of PowToon, software that makes animated videos and presentations. You can contact him directly at ilya@powtoon.com .

Ilya Spitalnik had the two things every hopeful entrepreneur dreams of.

One, he had “pockets full of money” after walking away from a lucrative banking career. And two, he had an idea for a product that customers would actually buy.

“I took the plunge, I jumped,” says Ilya, founder of PowToon. “And to make a long story short, basically within a year…I was on the brink of bankruptcy.”

So what went wrong?

Ilya didn’t validate any of his assumptions. “You can have a great idea, but the great idea has very, very little value if there is no execution behind it,” says Ilya. “Ninety-eight percent of a business is in its execution, not in the idea at all.”

With PowToon, Ilya validated every step of the way. “Within 18 months, we broke the million-dollar mark,” he says.

In his Mixergy course, Ilya reveals his system for rapid validation, which he’s used to grow businesses in various niches. Here are three highlights from the course. 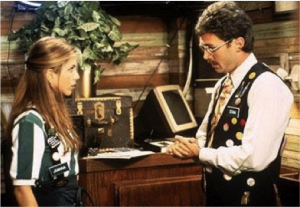 One of the biggest mistakes founders make is not knowing their customers.

“You better become an absolute expert at the problem that this type of market feels, the frustrations that they experience,” says Ilya.

Otherwise, you might spend several months and thousands of dollars building features that your customers don’t even care about.

“You need to determine, is this really valuable for [them]?” says Ilya. And just because you think it’s valuable doesn’t mean your customers will agree. “These are all assumptions that need to be validated,” he says.

So how do you avoid over-building?

Target a different kind of MVP

Ask prospects for their minimum valuable product, which is the most bare-bones solution that will solve their biggest problem.

“When we had initially validated [PowToon], we took a physical representative set of our potential customers,” says Ilya. “I sat them down in a room. I really squeezed them for, ‘What is the minimum that will be valuable to you?’”

By figuring out the simplest solution that will be valuable to customers, you accomplish two things. First, you “validate that your path is the correct path and that it’s bearing fruit,” says Ilya. And second, you’ll know the “least amount of work that you need to invest,” he says.

2. Grab Them By the Eyeballs 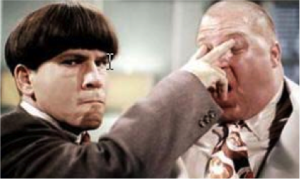 Let’s say that you find customers who have money. You know where they hang out. You’ve identified their pain. You’ve validated your solution. Great!

But you’re still missing a piece of the puzzle: Can you reach those customers?

“How can you be sure,…that you can find a way of getting it out there in a cost effective way?” says Ilya. “You want to know that you can reach these people.”

For instance, PowToon wanted to reach Internet marketers. “But the thing is, marketers are a marketed breed,” he says. “And if you’re trying to promote something there, they smell it a million miles off. And they react very standoffish towards it.”

So how does Ilya make sure he can reach his target market?

Ilya sets up small experiments to see if he can get his market’s attention. “I always say ‘grab them by them eyeballs,’” says Ilya. “Make them sit up and listen to your message because that’s what you want them to do.”

For PowToon, Ilya wanted to know if he could make “this very cynical space of Internet marketers” sit up and listen.

So he experimented with a video about one of their heroes. “Gary Halbert…is like an old-school hero of that world,” he says. “So we created a tribute to Gary Halbert, using PowToon.”

He released it to his target market, and “we were inundated in signups,” says Ilya.

3. Get Money AND Validation 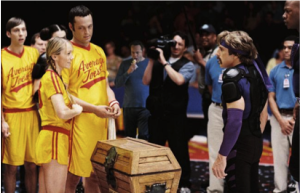 Once you validate your target market and your MVP, you need cash to build.

And while lots of businesses have bootstrapped their way to success, Ilya suggests a different approach. One that gets you the cash and further validates that you’re on the right track.

So how do you do it?

Even if you can foot the entire bill yourself, like Ilya did with his failed startup, he doesn’t recommend it. “[Getting investors] basically gives you an indication that what you’re doing is in the right direction. And that’s what you constantly have to be doing, constantly validating that you’re walking in the right path.”

For instance, Ilya was following the tweets of a very active investor, who tweeted that one of PowToon’s competitors was “making him seasick.”

“And I sent him our little video for PowToon…and within, literally, minutes, he goes, ‘Where can I invest?’” says Ilya. “The fact that you can raise money…from a savvy investor, is incredibly, incredibly important. Because this is not just about raising money, it’s about validating that somebody who has an understanding of the marketplace sees the potential that you see in it.”