How to get more done (by not multitasking)

6 likes
+ Add to
Dave Crenshaw, "The Myth of Multitasking: How doing it all gets nothing done", System

"The Myth of Multitasking: How doing it all gets nothing done"

It’s led by Dave Crenshaw who is the master of helping business owners harness chaos, and harvest personal freedom. He’s the author of “The Myth of Multitasking: How doing it all gets nothing done” and “The Secret to Becoming Irreplaceable”.

Does your desk look like a disaster zone? Do you have a zillion unread emails in five different inboxes?

If so, you’ve probably dropped the ball sometime in the last week. Maybe you forgot to do something important. Or you did it, but you forgot to tell anybody you did it. Either way, now somebody’s mad at you.

Are you just a hopeless mess?

Dave is the author of The Myth of Multitasking: How Doing It All Gets Nothing Done and The Secret to Becoming Irreplaceable.

In his Mixergy course, he shows you how to get on top of your to-do list. Here are three highlights from the course. 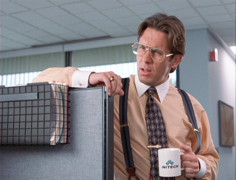 When you “multitask”, you think you’re paying attention to two things at the same time. But the human brain doesn’t work that way. Really you’re just switching from task to task very quickly.

The problem is that even tiny, quick “switches” are interruptions that cost you huge amounts of time. How?

“Let’s say I’m typing an e-mail and the phone rings,” says Dave. “I pick up the phone, I say, ‘Hey, how you doing?’ I answer the question. I hang up. Now what do I need to do? I need to figure out where was I in that e-mail, what was I thinking about, what was I typing. So that 30-second phone call will actually end up costing me several minutes or more.”

So what can you do to cut down on interruptions?

Minimize the Number of Switches

The more you can reduce switches, the more time you’ll save. 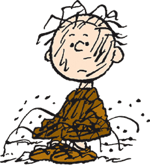 Another habit that leads to switch-tasking is creating “piles”.

But you might be thinking, “I know where everything is!” It’s not like you’re about to appear on an episode of Hoarders.

Too many dumping grounds for documents, tasks, dates, and to-do items incur a switching cost.

So how do you clean up your pig sty?

Get Rid of Gathering Points

Gathering points are places you collect things that you need to deal with later.

“The average person has about 30-40 [gathering points], and I recommend that you get it down to six,” says Dave.

You should have a physical inbox for documents, a portable inbox like a slot within your briefcase, one notepad, one email inbox, and one voicemail account. The sixth gathering point is up to you, and can be anything from a second email account to a personal assistant.

3. Embrace the Eternal Sunshine of the Spotless Mind 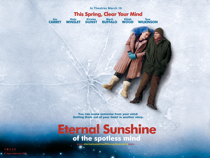 Another cause of switch-tasking is keeping to-do lists in your head.

When your task list is in your head, you’re constantly distracted. You’re always worried about forgetting something important.

So how do you stop the mental switch-tasking?

Eliminate those internal distractions by putting unresolved stuff into one of the approved six gathering points.

“It doesn’t matter which one you put it into,” says Dave. “Whatever is most convenient, just choose one of those six and put it in.”

Once the to-dos are out of your head, you’re free to stop thinking about them until it’s time to process that gathering point.

Written by April Dykman. Course based on preinterview by Jeremy Weisz.