John Jantsch is the founder of Duct Tape Marketing, which specializes in strategies and recommendations for growing small businesses.

Most business owners face the same marketing question: How can I get new customers tomorrow?

That was the problem that Laura Frazier had with her espresso business, says John Jantsch, the founder of Duct Tape Marketing. “She tried a lot of things [to try to get regular customers],” he said, but traditional marketing just wasn’t working. It didn’t help that she was competing with the likes of Starbucks.

Then one day she came up with a quirky idea. “She printed up cards that [said] something like, “Nothing feels as good as being regular,’” says John. “On the other side it had a coupon and information about her shop…[and] she left them around town in various bathrooms.”

People were amused, customers came to her shop, and she was even covered by local newspapers.

“[It was] simple, effective, and affordable,” says John. “In my mind [that’s] one of the key advantages that the small business has. Can you imagine Starbucks doing [what Laura did]? They’d be ridiculed.”

So John developed a marketing system for small businesses based on their key advantages. In his Mixergy course, he shares his system. Here are three highlights.

1. Forget What You Think You Know 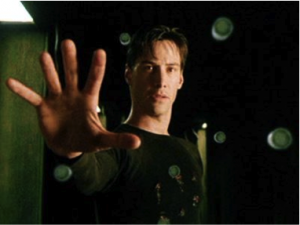 Most entrepreneurs think that customers buy from them because they do great work.

For instance, John worked with a remodeling contractor who prided himself on doing a great job. “They had carpenters on staff, they did great craftsmanship, and they would swear, when asked, that that [was their] key difference,” says John.

But the marketing message “we do great work” wasn’t bringing in more customers.

So how do you find the right message?

Go to the experts

To get new customers, you need to call in the experts: your current customers.

“A lot of times it’s the little things that you didn’t know were so valuable, that you thought maybe everybody else did,” says John.

For instance, when he talked to the contractor’s customers, they said, “They do great work, but they’re expensive, [so] we expected them to do great work. What they do that nobody else does is at the end of each day, they clean up the job site like nobody else that we’ve ever worked with. They are nice to our kids, they don’t let the dog out.”

The contractor never thought to promote that benefit, but John made it part of their core marketing message. “That allowed them to grow in the period we worked with them about 300%, just with that new focus and that new message,” he says.

2. Zero in on Your Target 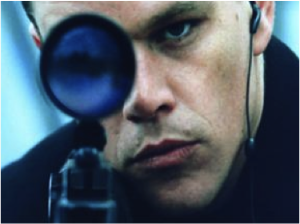 Many people run an ad, cross their fingers, and anxiously wait for the results.

But John says that you don’t have to practice hope-based marketing if you know who you’re targeting. “So often I’ll ask people, ‘Who’s your ideal client?’” he says. “I can’t tell you how many times people have said, ‘Anybody who says they’ll pay us.’”

But going after “anybody” doesn’t tell you where to advertise. So how do you figure out where to spend your marketing dollars?

Look for behavior patterns that your best customers share.

For example, in John’s marketing consulting business, he knows that his ideal customer is not just a small business owner, but is also someone who participates in an industry association, joins committees, or serves on the board of their chamber of commerce.

“That’s a really good marker of a behavior that suggests…[that] they want to grow their business,” says John. “If you know who you’re looking for, then you can [make] all of your decisions about where you’re going to advertise, what shows you’re going to participate in, what trade shows you’re going to go to, and really focus on attracting more of that ideal
customer.”

3. Don’t Wait for an Accident 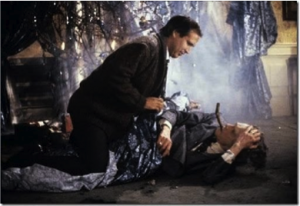 Referrals are the lifeblood of most small businesses, yet most companies don’t have a referral system.

“It’s amazing how many companies I’ve talked to that get a significant amount of their business by way of referrals, and yet they do nothing to actually amplify their referability,” says John.

Instead, they rely on what John calls an “accidental referral.” “They do good work, somebody else needs what they do, and next thing you know they’ve got a referral,” he says.

So how do you ramp up your referral machine?

Begin with the referral in mind

Make the referral your end goal.

For instance, one top salesman at Cutco Knives told customers, “I’m here not to sell you. I’m here to get a referral from you. So I’ll show you my knives and why they’re so important, but my hope is at the end of this if you know someone who could use them, then you’ll refer me.”

“Imagine if organizations spent as much time on…referral generation as they did on trying to make the phone ring,” says John. “Imagine if you started with ‘what do we want people thinking, doing, and feeling 90 days after they buy this product from us?’”

How Zee Ali went from selling cigarettes in the hood of Chicago to selling...
How stress affects a founder’s performance
Behind-the-scenes SEO and backlink strategies
An uncomfortably revealing interview with John Lee Dumas of EOFire (Live...
How does a guy who has no attachment to money make so much money?
Master class course
How to remember names (So you can build better relationships)