How to work a room

5 likes
+ Add to
Susan RoAne, How to Work a Room: The Ultimate Guide to Making Lasting Connections In-Person and Online, Consulting, Marketing, Networking

How to Work a Room: The Ultimate Guide to Making Lasting Connections In-Person and Online

Susan RoAne is a keynote speaker and consultant for clients like the NFL, Apple, and Coca-Cola.

Networking events are intimidating, especially when you don’t know a single person in the room.

“I went to an event in San Francisco…and I literally was ignored,” says Susan RoAne, author of How to Work a Room: The Ultimate Guide to Making Lasting Connections In-Person and Online. “I felt like I was 4’2″ by [the end of] that evening.”

Today, Susan “The Mingling Maven” is more confident about her networking skills. In addition to her bestselling books, she’s a keynote speaker and consultant for clients like the NFL, Apple, and Coca-Cola.

In her Mixergy course, Susan will show you how to go to events, start conversations with strangers, and make a good impression. Here are three highlights from the course.

1. You’re All in the Same Boat 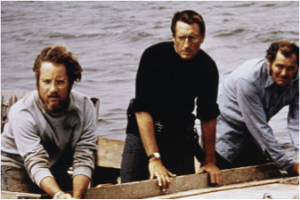 The majority of people feel uncomfortable at social events.

“According to research on shyness, 90% of us feel uncomfortable in a group setting, especially with strangers,” says Susan. “So the people that you see standing alone…are more uncomfortable than you are, they’re probably one of the 90%.”

Instead of thinking of yourself as a guest, act like you’re the host.

“What do hosts do?” says Susan. “They make you feel welcome. They extend themselves. They make conversation with you. They introduce you to other people.”

And by trying to make other people comfortable, you’ll ease your own discomfort. “This is how we can switch our attitude,” she says, “You think of what you can do to make people
comfortable with you, instead of vice versa.”

2. Nobody Expects the Spanish Inquisition 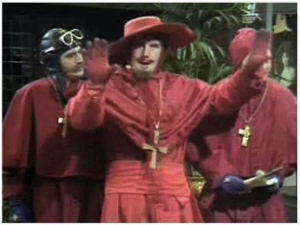 Asking questions is a good way to break the ice, but ask too many and you’re going to make people uneasy.

“Only asking questions [is] not conversation,” says Susan. “It’s generally an interrogation, and someone like me, when you get to that fifth question…I’m going to go back to my Chicago self and say, ‘Hey, what’s it to you?’”

So how do you start a real conversation?

Bring something to the table

First, observe their behavior as you ask them a couple of opening questions. “So while you’re asking questions, [sometimes] the person doesn’t ask you questions because they might just be shyer than you are,” says Susan.

If that’s the case, then reveal something about yourself. “Offer how you heard about [the event], who told you about it, the people that you know,” says Susan. “You know, ‘Hey, I heard so and so speaking here. That would be one that you might be interested in.’”

3. Keep Intros Short, Even if You’re Kind of a Big Deal 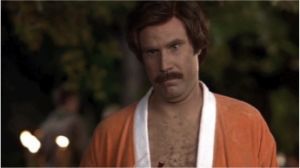 When someone asks what you do, do you launch into a scripted pitch?

If so, you can expect your conversation partner to mentally check out.

“[An introduction] is not your one-minute pitch because no one wants to listen to 60 seconds about you in a social situation,” says Susan.

So how should you introduce yourself?

To do that, first, keep it short. “It’s seven to nine seconds, says Susan. “It’s a pleasantry.”

Second, tailor it to the event by explaining why you decided to attend. “Help the other person by giving them context for why you’re there,” she says.

And third, state a benefit of what you do, not your job title. “Give people…that little benefit that allows them to ask the next question and intrigues them,” Susan says. “If you just say your title, that’s not so intriguing.”

For instance, Susan once met a man who said, “I help rich people sleep at night.” “He pulled me in and gave me something to ask a question about,” says Susan, who assumed he was a pharmacist. As it turned out, he was a financial analyst. “[His hook] was brilliant, and that’s what we need to do.”