How to create habit-forming products

Nir Eyal is the author of “Hooked: How to Build Habit-Forming Products.” Nir is also the creator of Habit Summit, a gathering of people who share information about how to form personal habits and form technology habits.

How did Bobby Gruenewald get more than 100 million downloads of his Bible app?

By using the same habit-forming methods used by Instagram and Pinterest, says Nir Eyal, the author of Hooked and the founder of Habit Summit.

“[Bobby’s] app is touching hundreds of millions of people’s lives,” says Nir. “And he’s really been successful in helping people do something they wanted to do anyway…reading the Bible.”

In his Mixergy course, Nir shows you how these guys create habit-forming, engaging products. Here are three highlights from the course. 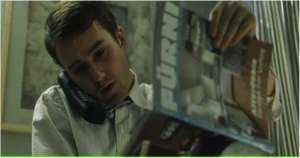 If your product is too slick, says Nir, “customers won’t engage with it.”

“If you ask any designer today, they’ll tell you that sites need to be ‘slick,’ that everything needs to be getting users to check out as quickly as possible,” he says.

But while a slick product might get an immediate sale, it won’t “increase the likelihood [that they’ll] come back to use the service in the future,” says Nir.

So how do you get customers to keep coming back?

Make them make an effort

Use the IKEA effect.

“The [IKEA effect says that] the more people put a bit of time, effort, money, something of value into a service, [they] psychologically value it a bit more,” says Nir. “We tend to build up a lot of investment in these products.”

For instance, the Bible app uses a checklist. “[Bobby] has this system that he’s built of checking…off that you’ve done your daily reading for that day,” says Nir. “The investment piece comes down to checking.” 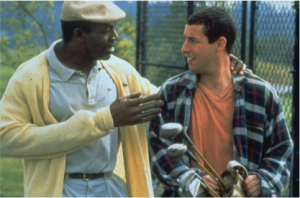 Novelty can be a liability.

“Technical people hate when I say that,” says Nir. “Because isn’t technology all about the new thing and these amazing abilities that we can give users to do all this fancy stuff?”

But the problem is that if a behavior is too different, too weird, or too outside the norm, it’s less likely that people will do it. “Non-routine decreases the likelihood of a behavior occurring, especially if it’s unfamiliar,” he says.

So how do you encourage people to turn a new behavior into a habit?

Prompt them to practice

Create triggers to prompt them to practice the new behavior.

“The more we practice a behavior, the more familiar it becomes to us,” says Nir. “It becomes easier to do and the user becomes more likely to do it. So we want to look for ways to prompt action.”

For instance, the Bible app uses a series of messages to prompt users to keep reading the Bible. “The app sends you an external trigger that says, ‘You’ve finished section A, now it’s time to move onto section B,” says Nir. “They’ve loaded the next trigger with every investment.” 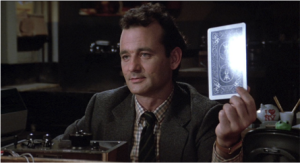 When it comes to increasing engagement, giving the same reward every time doesn’t help.

“You may remember the work of B.F. Skinner, who did these studies where gave pigeons…a predictable reward,” says Nir. “They would click the lever and a food pellet would come out. And what he found was that they would click [only] when they were hungry.”

But Skinner wanted to increase engagement even more, and he figured out how to do just that.

So how do you get users to “click” even when they aren’t “hungry”?

Build in some mystery

Give them a variable reward.

To do this with his pigeons, Skinner changed the reward system. Sometimes a click produced food, other times it didn’t. When he created this variable reward, the pigeons clicked more often.

“What worked for pigeons and other lab animals actually works for people,” says Nir. “That a bit of mystery, that variability, that bit of guesswork about what’s going to happen increases our focus, increases our engagement, and can be a driver for new habits.”

For instance, with the Bible app, the variability is the reading plan. “The action of opening the app and getting to see what verse you should read today became variable, became more interesting [than just opening up a physical Bible and reading it],” says Nir. “There’s this hunt for information around, ‘What’s the verse that’s going to mean something to me today?’”