How to master growth hacking

Ryan Holiday is the founder of Brass Check Marketing and Media Strategist for notorious clients like Tucker Max. He’s also the author of “Growth Hacker Marketing.”

Tim Ferriss was poised to have another bestselling book, until he left his publisher for Amazon Publishing. Suddenly every bookstore in the country refused to stock The 4-Hour Chef.

“Millions of people go into bookstores every week [to] discover new books, and [Tim was] locked out of that,” says Ryan, founder of Brass Check Marketing.

So how could they sell Tim’s book without the traditional bookstores?

“I threw out [the idea of using] BitTorrent,” says Ryan. That idea grew into a giveaway, a 750 MB bundle of free chapters, deleted material, videos, and photos that they put in front of 300 million BitTorrent users.

“I think the bundle was downloaded something like two or three million times,” says Ryan. “We know it was directly responsible for moving tens of thousands of copies that first week.”

In his Mixergy course, Ryan shows you how to get users using these sorts of tactics from his new book, Growth Hacker Marketing. Here are three highlights from the course.

1. You Can’t Think the Ball In 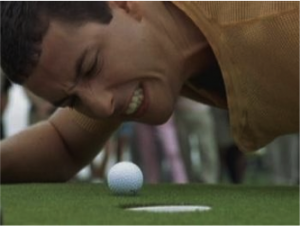 Even the best marketer can’t make a video go viral.

“I’ve been in so many meetings where someone will come up to me and say, ‘Hey we’re glad to have you on board, we really want this video to go viral,’” says Ryan. “Or, ‘Can you make this make the front page of Reddit?’ Like it’s some simple task.”

But if you start thinking about how to go viral after you’ve made the video, you’re already too late.

So how do you go viral?

“When you see massively viral things it’s either completely accidental, like it’s a funny child falling over kind of video, or it was deliberately engineered,” says Ryan.

Take Hotmail, for example. Hotmail planned to market with ad campaigns and billboards, until an investor pointed out that it was a bad idea to pay money to acquire customers for a free product. So instead, they put a little line at the bottom of users’ e-mails that said “P.S. I love you and I want to give you free e-mail, sign up for Hotmail.” 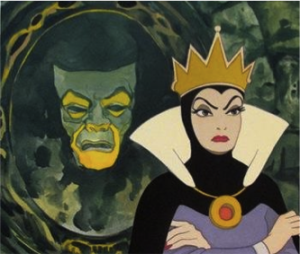 Chasing after anyone and everyone who’ll buy from you doesn’t bring in very good customers.

“Some people say, ‘Hey, we’re getting all these customers, but only 1% of them are staying, so let’s go get more,'” says Ryan. “Because we judge ourselves based on certain vanity metrics.”

But that’s going for quantity over quality. And it’s an expensive way to acquire customers.

So what’s a better way to get customers?

Make friends with your friends’ friends

“Although it’s less sexy, it’s cheaper to [get] your customers to bring their friends into your service than it is to go out and try to acquire total strangers to give your service a try,” says Ryan. 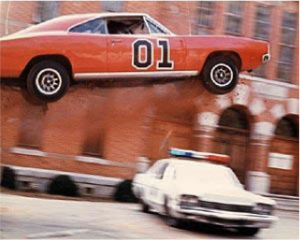 As you grow your business, you’ll inevitably hit some roadblocks.

For instance, Ryan says that Evernote’s customers kept complaining that “they were getting in trouble from having their laptops open during meetings because their boss or their peers or the clients would think that they were screwing around on the computer instead of paying attention.”

This was a huge problem because Evernote was made for note-taking and research.

So what do you do when you encounter a growth barrier?

Ryan says that to solve their problem, Evernote created a sticker that goes onto the back of the computer that says “I’m not being rude. I’m taking notes in Evernote.”

“It’s feedback-driven,” says Ryan. “It’s about making your existing customers better and happier customers [and it’s] a social object that people would talk about in a meeting. If I see someone with that on their computer, I want to get it myself.”