Master Class: How to get featured in publications – with Conrad Egusa

Conrad Egusa is the founder of Publicize, a company that’s changing the way startups approach PR.

For many startup founders, getting featured on a site like TechCrunch is their white whale.

It’s not easy, but if you can manage to do it, it can skyrocket your traffic, credibility, and most importantly, sales.

So how do you get sites like that to write about your startup?

Conrad Egusa’s client wondered the same thing. “They were about to launch this Kickstarter campaign, and it was critical to the company,” says Conrad, founder of Publicize.

And since they didn’t have a big mailing list, they needed the online media to get massive publicity for the campaign.

So Conrad helped his client get coverage on TechCrunch, VentureBeat, and Gigaom. “The company was able to exceed its Kickstarter expectations,” says Conrad. “It ended up raising a little over $150,000.”

In his Mixergy course, Conrad shows you how to get your startup featured in publications like TechCrunch. Here are three highlights from the course. 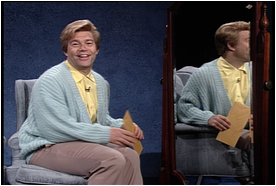 Lots of founders make the same mistake Conrad’s friend made.

“He said, ‘Conrad, I know you’re writing at VentureBeat…Can you write about my company?’” says Conrad.

That’s because it’s not enough to have a good company or a good product. Even if your friend writes for VentureBeat.

So what more do you need?

You need to announce an action.

“Something has to have happened,” says Conrad.

What kind of actions? “The most common would be something like a product launch, maybe a funding announcement,” he says. “So it could be an angel round or a VC. It could be a milestone, so maybe your mobile app reaches 100,000 downloads. It could be an acquisition.”

But what if you don’t have any big news to share?

“There are a lot of smaller things you could do to make announcements seem larger than they are,” says Conrad. “As an example, let’s say a company does a redesign of their website. Well, nobody really cares about a redesign of a site…but maybe you announce it as a next-generation platform. That suddenly sounds like a much bigger announcement.” 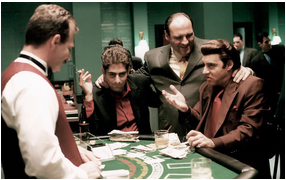 Let’s say you’re launching a product, plus you just got funding.

That’s some big news! TechCrunch will be all over that, right?

Yeah, they probably will…

“Usually if you see those articles on TechCrunch, the article is primarily about the new product launch, and at the very end they say, ‘This company is also announcing they raised $1.5 million in funding,’” says Conrad.

But Conrad says that when that happens, the startup actually missed out on a huge opportunity for more press coverage.

Announce one thing at a time

“[In the example above], the best thing to do is to divide it into two announcements, let’s say two to three months apart,” says Conrad. “By doing that, they can essentially double the amount of PR coverage that they would have gotten otherwise.”

“A lot of entrepreneurs think that if they raise funding on August 1, they have to announce it in August,” he says. “As long as the information isn’t public, online, they can announce it a few months later.” 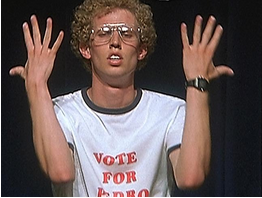 Sites like TechCrunch get a lot of pitches. And a lot of them sound exactly the same.

And if your story isn’t unique, you’re probably not going to get coverage.

So how do you get their attention?

Lead with the one or two things that make you unique.

For example, “maybe you’re a former engineer at Facebook or Google,” says Conrad. “Maybe it’s a university you’ve attended; maybe it’s an award, [like] Ernst & Young Entrepreneur of the Year.”

You could even talk about something “negative” from your past. “To say, ‘This person is now a successful entrepreneur, but he used to be homeless,’ as an example,” says Conrad. “That’s very unusual and that makes him stand out to the media.”