How to use design to increase conversions

Like
+ Add to
Brian Casel, Design for Conversions, Customer Acquisition

Brian Casel is the founder of Restaurant Engine, cofounder of SweetProcess, and author of Design for Conversions.

Brian Casel was getting left in the dust by competitors.

“[My WordPress themes shop] was the very first product that I tried to design and sell and launch,” says Brian, founder of Restaurant Engine, cofounder of SweetProcess, and author of Design for Conversions. “It was still kind of early on, and there was kind of a lot of opportunity there.”

So Brian invested personal savings and a year of long days and late nights to build the site. “Once it actually did launch, I was expecting early traction and growth, and that just didn’t happen,” he says.

And it was even more painful when he saw that it was happening for others. “Within a matter of months, [new competitors would] just zoom right past me and grow into these larger companies,” says Brian.

So what was he missing?

He didn’t design his site for conversions. “[It] was my big wakeup call that…I can’t just rely on design, I have to learn about marketing, as well,” says Brian.

So by 2012, when he launched his web design product for restaurants, Brian knew how to design for conversions. He now gets a steady stream of conversions and “today, just a year and a half later, [Restaurant Engine] accounts for most of my income,” he says.

In his Mixergy course, Brian shows you how to design for conversions. Here are three highlights from the course. 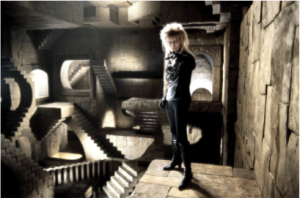 “They’ve never heard of your product or your company before,” says Brian. “So, they need
to just digest it and figure out how to make their way through your site.”

But some sites make that impossible. “I see a lot of sites that have all the pages that exist on their website in their main navigation, sometimes in a drop-down within a drop-down, and it’s just crazy,” he says. “You never want [prospects] thinking to themselves, ‘Where should I go next?’ or, ‘What should I do now?’”

So how do you keep them on track?

Give them a clear path

Only include what’s mission critical.

“On the SweetProcess site, you only see three links [in the navigation], and they don’t even take you off the page,” says Brian. “They just point you down the page.” 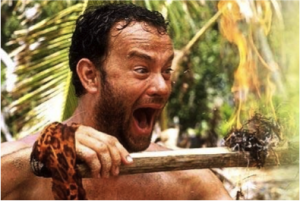 You have just a few seconds to interest a prospect before it’s game over.

“I don’t want to be on a website if it’s going to waste my time, so I’m very careful about that,” says Brian. When prospects suspect that a site will be a waste of time, they’ll immediately hit the back button.

So how do you get them to hear you out?

Show them that you’re relevant in the very first headline.

“First time visitors…need to know in the first moment that they hit your site that okay, this is relevant to me in some way,” says Brian.

For instance, SweetProcess targets small business owners who are really busy. “They’re doing too much themselves, and they need to outsource and hand things off and systemize,” says Brian.

So to show that the product is relevant to that group, the main headline says, “Stop doing it all yourself.”

“I’m not telling the whole story about what SweetProcess is,” says Brian, “all I’m doing is grabbing your attention and making a relevant connection with you, so that hopefully you’ll stay on a few more minutes and hear us out.” 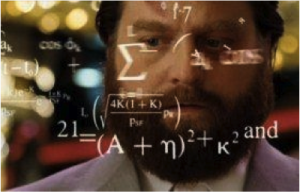 A confusing pricing page will frustrate prospects and cost you sales.

For instance, Brian points to a popular hotel booking site that has three plans, “and it’s just really hard to figure out what the difference is between these plans,” he says. “You can’t even find the price without scrolling all the way down to the bottom.”

And once you scroll all the way down, you then have to scroll up again to see which features are included in each plan. “It’s just really confusing,” he says. “You don’t want your users coming to your pricing page and having to do some kind of complex calculation like, ‘what is this really going to cost me’ or trying to figure out what’s really included in this plan.”

So how do you make your pricing page easy to understand?

Show them the value

Compare the value of each pricing plan.

“You want to get across that this is a no-brainer,” says Brian. “That you’re getting a lot for
the money.”

How? First, focus on key benefits. “Just pick like five, six, seven at most, a
handful of benefits that you want to highlight on your pricing page,” he says. “You don’t have to tell everything about your product. It’s just about comparing your prices and showing the value.”

Then, make it easy to compare plans. “So the first plan has the shortest stack of check marks,” says Brian. “Then we have a slightly longer one, and then the longest.”

Finally, highlight one of your pricing plans. “Say, ‘this is the most popular plan,’” he says, “Or this one offers the best value.”