How to create company culture

Robert Richman launched ‘Zappos Insights’, the Zappos family company dedicated to helping businesses with their cultures. He’s also the author of Culture Blueprint, a step-by-step guide to shift and design your company’s culture.

In fact, “the word ‘customer’ isn’t even in the Zappos corporate values,” says Robert Richman, former culture strategist for Zappos and author of The Culture Blueprint.

So what was the secret? Creating a culture of service, which meant providing great service for everyone, including customers, vendors, bosses, employees, and coworkers.

“Everything came from [that culture of service] because…when a call rep makes a [decision] on the spot, which is happening at Zappos up to 20,000 times a day…you’ve got to have that instilled in you to be of service,” says Robert.

Robert spent years figuring out how to create a winning company culture, and in his Mixergy course, he’ll share culture hacks that work quickly, for companies large and small. Here are three highlights from the course. 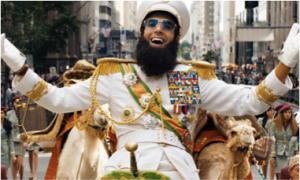 One of the biggest mistakes founders make is to tell employees, “Here’s what our culture is, write this down and remember it.”

That’s because people have different understandings of what the word culture even means. “Especially in an office…you’ll get 30 different answers,” says Robert.

And 30 different answers means that no one is on the same page. “People aren’t really defining their terms, and people can be having different conversations about the same thing.”

So how do you communicate your company’s culture?

Start with a conversation, not a lecture.

“[At Zappos,] the first conversation [with new employees] was actually a question; what is culture?” says Robert. “First, we’re going to define it and discuss what it means. And then we’re going to say, ‘What is Zappos’ culture and what is that like and why?’ We were co-creating this idea that rather than dictating what culture is.”

And you don’t have to have 30 employees to co-create your culture. “It can start anywhere,” he says. “For example, when I first had my assistant, we didn’t do any work the first day. The first day our meeting was, ‘What is your expectation? What are your expectations of me? Now I’m going to cover my expectations of you. Let’s see if we’re even on the right page before we start a whole relationship.”

2. Put the Odds Ever in Their Favor 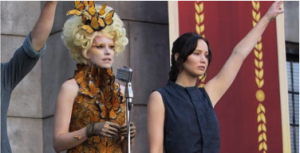 When it comes to office politics, employees know they have to “play the game.”

But “not all games are fun,” says Robert. For instance, some companies have vague goals, so employees don’t even know what a “win” looks like. Or some companies bend the rules for certain people. “[They say] if you happen to be a high performer who’s making us a lot of money and you break one of these rules, that’s okay,” says Robert. “That’s when people start to check out,” says Robert.

So how do you keep them engaged?

Establish goals and a set of rules for everybody.

“In order to have a good game, it requires one, a clear goal, what does a win even look like?” says Robert. “So a clear goal for an individual as well as the team and the company.”

Then, you have to establish the rules of the game, “and play by those, and [have] consequences for not following them,” he says. 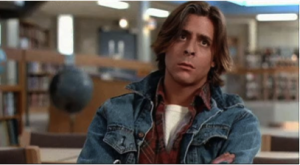 Culture is something that has to be ingrained in your entire organization.

“[You don’t want] everybody having to think constantly, ‘How am I living the values?’” says Robert.

For instance, many times a new employee orientation consists of setting up usernames and passwords. But Robert says that misses a key opportunity to start immersing them in the company culture and “make the core values a part of everyday living.”

So how do you make your culture a part of everything you do?

Put it on autopilot

Build systems that reinforce your culture.

And you don’t have to be as big as Zappos to develop these systems, says Robert. “What I used to do with my team was we’d have 15 minutes of just saying what it is that we’re really excited to be working on, what’s the thing we’re going to focus on, and any updates,” he says. “We would do this every morning as a ritual, as a system, to get people to connected to what each other are doing and to build excitement and energy for the day.”

And when you create these kinds of systems, you don’t have to think about communicating culture anymore, it becomes a daily habit.