If your site is just okay, that’s a huge problem.

“If you have a site that sucks, it’s easy to find and fix those problems,” says Peep Laja, founder of Markitekt and ConversionXL. “What is hard is taking a site that’s already making money, with no obvious [problems], and then improving it.”

But that’s exactly what Peep did for one of his recent clients. “We knew their site must have problems, we just didn’t know what they were,” he says. “We needed to be data-driven, to figure out what we thought was wrong with it, then [use] quantitative data to evaluate and reevaluate our hypotheses.”

Using the data, Peep kept what was working well and identified and improved the things that weren’t. “The end result was 30% more transactions,” he says.

In his Mixergy course, Peep shows you how to increase conversions using data. Here are three highlights from the course. 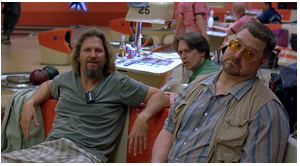 There’s lots of advice about conversion-boosting tactics online. But how do you decide which ones will work for you?

You don’t decide. “If you think conversion optimization is about tactics, ‘do this, this works and don’t do this, this never works,’ you’re wrong,” says Peep.

For instance, when Peep was working on his own site, he added social sharing buttons, which most everyone has these days. “I had the tweets and the likes and all that stuff, so people wouldn’t feel that they’re the only idiots using this site,” he says.

But his opt-in box was only converting at 5%. “I wanted it to be more,” he says. “And when I looked at the scroll map, a lot of people were not scrolling further down, and nobody was clicking on the social shares.”

So what do you do when the “conversion-boosting” tactics aren’t working?

Forget what you think you know and find out what works for your business.

To do this for his own site, Peep tested removing the elements that distracted from his opt-in box, including social sharing. “This doubled the conversions on my home page,” he says. “So, right now it’s converting at around 10%.”

That doesn’t mean that social sharing decreases conversions, though. It means that “what worked for that other guy will not necessarily work for you,” says Peep.

That’s why Peep recommends relying on data, not your opinion or what worked for some expert. “I have run so many A/B tests, and when I have to predict which variation will win, I get it right maybe 60-70% of time, which is only slightly better than flipping a coin,” he says.

2. Find Another Way to Crack the Code 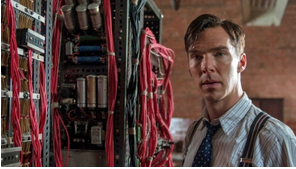 Google Analytics can’t tell you everything.

“For instance, we had a client [who sold pool parts], and we wanted to find out what the main problem was, why customers were not buying stuff,” says Peep.

And although they had plenty of online data, nothing pointed to the problem. “Analytics data showed us huge drop [in sales], but we couldn’t figure out why.”

So what do you do when your analytics tools aren’t shedding light on your conversion problem?

Peep does this with open-ended survey questions. “A large portion of people come to the page and they leave…why?” says Peep. “What’s holding them back? With the survey, we can figure out some of those obstacles.”

For the pool parts client, the survey revealed that the customers were “mostly old men, do-it-yourselfers,” he says, “and that the main reason for not buying was that they didn’t know which was the right part for their pool–major insight for improving conversion. So you can get such high-quality, valuable insight out of qualitative surveys that you can’t get from analytics data.” 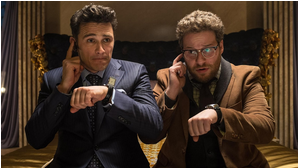 After you go through Peep’s process, you’ll end up with a long list of potential issues to fix and to test.
“When I have a conversation with startups who want to do testing but don’t know where to begin, their number one question is, ‘What do I test?’” says Peep. “Well, now you have 30 pages full of stuff to do.”

But some of those issues are more important than others. And some of them should be done right away, and others tested.

So with such a long to-do list, how do you figure out where to start?

Categorize each item, rank its importance, then delegate it.

Then, he assigns a number to each item. “We usually use one to five ranking, so five means it’s a severe problem costing you money, and a huge amount of your traffic is exposed to this problem,” he says.

Finally, he assigns each task to a person or a department. “Well, Susie in the analytics department can fix that, or we should send it to Linda, she’s taking care of all the event tracking,” he says. “So we can add specific people, and now we have an action plan.”