How to take promotion into your own hands

Guy Kawasaki is the co- founder of Alltop, an online magazine rack of popular topics on the web, and a founding partner at Garage Technology Ventures.

You need to build your brand, but you’re not sure how to do it. You’re also running a business and don’t have a lot time to devote to PR.

It’s probably best to hire a publicist and hand it all over to a pro, right?

Not exactly. There’s a lot you should be doing yourself, says Guy Kawasaki, cofounder of Alltop and former chief evangelist of Apple.

That’s because nobody knows your business or product the way you do.

Guy gives the example of an author who wanted to know how her new book would be promoted. Her big-name publisher said, “Well, we thought you would use Usenet.”

Guy says, “[The author] quite logically, said, ‘Are you kidding me? Usenet is just like the nerdiest nerds of the Internet and that’s your marketing platform? What about your Twitter and Facebook and all this other stuff?’”

In Guy’s Mixergy course, he shows you how to take promotion into your own hands. He reveals the tactics he uses to build his brand and promote his books, including his latest, APE: How to Publish a Book. Here are three highlights from the course. 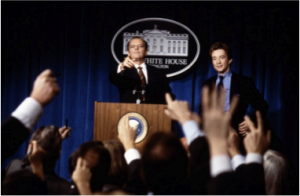 When the media gives you coverage, you want to project a certain image. At the very least, you want them to get the facts straight.

“I can’t tell you how many times people have introduced me incorrectly,” says Guy. “I mean, they’re introducing me still as working at Apple because they found the bio someplace.”

So how do you make sure they’re saying what you want them to say?

Give them what they need

Put everything a reporter or writer needs online, in one place.

So he makes it easy for them. “You don’t need to hunt around,” he says. “You don’t have to worry about copyrights of the pictures, of the covers. Here it is, all in one place.” 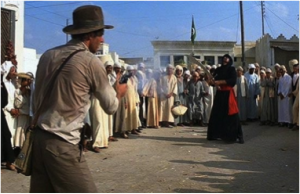 When an author has a book to promote, she typically flies to major cities across the country to promote it at local bookstores, “where you might have 25 people who might buy your book,” says Guy.

It’s weeks of travel and a major expense, and you don’t reach very many people.

So when you have a product to sell, how do you get a better ROI on your promotional tour?

Market in your pajamas

Go on a virtual promotional tour, targeting media that reaches your audience.

A virtual tour can include radio interviews, guest posts, answering questions as a special guest, and leading webinars. 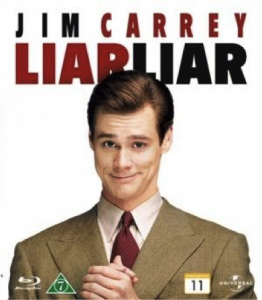 Did you know that testimonials can ruin your credibility?

If you get testimonials from people no one’s ever heard of, you aren’t building credibility. And if you have tons of testimonials, it looks like you’re trying too hard.

So how do you use testimonials the right way?

Use testimonials the right way

Get a few testimonials from well-known people.

“If you have three or four famous people, that’s enough,” says Guy.

How do you get well-known people to give you testimonials?

“It helps to have these pre-existing relationships,” says Guy. “You’re going to need people, and you should make friends with people before you need them, and pay them in advance with what you can do for them, because some day you’re going to need them. So plan for that day.”

How Zee Ali went from selling cigarettes in the hood of Chicago to selling...
How stress affects a founder’s performance
Behind-the-scenes SEO and backlink strategies
An uncomfortably revealing interview with John Lee Dumas of EOFire (Live...
Master class course
How to remember names (So you can build better relationships)
How does a guy who has no attachment to money make so much money?