Master Class: How to buy ads – with Justin Brooke

Before Justin Brooke became an expert at ad buying, he was flipping burgers at Wendy’s.

“I could barely afford to eat,” says Justin, the founder of DMBI Online. “I was paying a bill or two with my online stuff, so it was real at that point, but it was nowhere near a business.”

But then Justin took an unpaid internship and got the “education of a lifetime,” he says. “I worked with an information publishing multi-millionaire who…is kind of known for his marketing library. My job was to watch all that stuff and write affiliate reviews.”

One year later, Justin went to work for himself. “I spent the last money that I had on advertising, and I had a six-figure online income stream by the end of the year,” he says.

In his Mixergy course, Justin shows you how to buy ads and boost your return on investment (ROI). Here are three highlights from the course. 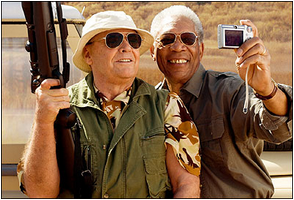 Justin almost got fired from the first ad campaign he ran because the cost per lead was too high.

“My client had heard from one of his friends in the industry that they were generating leads for under $1 using pop-up ads,” says Justin. So Justin ran a pop-up campaign for his client, placing ads on thousands of URLs and sending everyone who clicked the ad to one landing page.

“The report I brought to [my client] said that the [cost per lead] was $51,” says Justin, who convinced his client to give him another shot.

So how do you lower your cost per lead?

To do this, Justin grouped similar URLs into themed “buckets”. “We created themed sections, so one was software sites, one was blogs, one was forums in the industry,” he says. Then, he created ads that would appeal to each bucket. “That way, it wasn’t just one [campaign] on 2,000 sites,” says Justin.

As a result, the conversion rate went up, and cost per lead went down. And Justin could see how each bucket was performing and tweak the campaign accordingly. “Some of the buckets were as low as 16 cents per lead, but were only getting one lead per day,” he says. “But I told the client, you know, there are some of these buckets that are a little bit more expensive, but for three bucks a lead we were getting like 50 leads a day from one of the other buckets.”

2. Curiosity Will Kill You 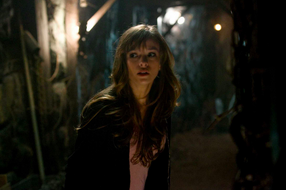 The best ad is one that makes your prospects click on it, right?

That’s what Justin thought early in his career, when he was creating an ad for a green coffee bean weight loss pill.

“I had heard from some ad buddies of mine [who] were showing either dissections of muscles or dissections of bellies [in their ads], and it created a lot of curiosity,” he says. “[Prospects] wanted to see what the picture was all about.”

The problem is that those curious prospects weren’t actually interested in weight loss pills. “We did get a lot of clicks, but they were just curiosity clicks,” says Justin. No one was buying.

So how do you avoid curiosity clicks and get more sales?

Prequalify prospects by being clear about your offer.

So he tested an ad featuring a green coffee bean, along with two other ads. Of the three, the coffee bean ad didn’t have the highest click rate, but ROI was 200% higher than the lowest-performing ad. 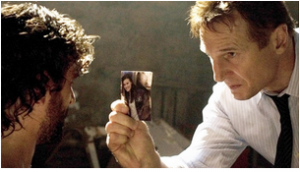 Generally, only a small percentage of your shoppers convert on their first visit to your site.

So lots of advertisers try to bring the non-buyers back to their site with retargeting, which shows those shoppers your ads as they’re visiting other sites.

But Justin says that a lot of people try to retarget everyone who views any page on your site. And that’s a big mistake. “With retargeting, people treat it like list building,” says Justin. “They realize they can build a bigger list of people [to] retarget if they put the retargeting code on all of their pages.”

That’s what Justin tried with one of his early ad campaigns, and the ROI was terrible. “It just wasn’t working,” he says.

So how do you get a better ROI on retargeting?

Target the right kind of visitors

Only retarget your most qualified visitors.

“We said, “That’s the [people who] landed on the order form, and they didn’t complete the sale,” says Justin. “They were interested at one point. They were more interested than anybody else on any of our other pages.”

So Justin only retargeted the people who had abandoned their shopping carts. “We showed ads to those people, and then brought them back to the website, and every single time we have done that, it’s been a 200-300% on ROI,” he says.