When Tamara Monosoff created her first product, she spent tens of thousands of dollars getting a website and a patent.

“When I started out, I had no road map to follow,” says Tamara, Founder of TamaraMonosoff.com and the author of The Mom Inventor’s Handbook. “I spent $25,000…and that was for a simple five-page website, if you can believe that. We have so many tools available today that didn’t exist back then.” Tamara also spent $5,000 for a patent, something she says wasn’t even necessary.

These days, Tamara knows what is necessary to go from idea to profitable product. For instance, with one of her later products, “one email resulted in a $100,000 order,” she says. “And then reaching out to the large retail stores, I was able to get orders of $25,000 a week.”

In her Mixergy course, Tamara shows you how to turn your idea into a profitable product. Here are three highlights from the course.

1. Don’t Worry About Being Copied 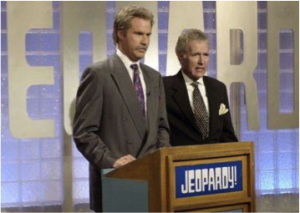 A lot of new inventors think that the first thing they have to do is get a patent. So they immediately pour thousands of dollars into protecting their idea, just like Tamara did with her first product.

But a patent “is not necessarily essential,” she says.

Plus, it might not protect your idea anyway. “What I have had happen year after year is once I’m successful with a product, other companies want part of that market share and they figure out how to design around the patent,” she says.

So how do you know if you should get a patent?

Focus on what really matters

First, realize that getting a patent is never the first step in manufacturing a product.

“The first [step] is making sure that you have a market, you know who they are, and you’ve got people who want your product before you spend a lot of money,” says Tamara.

Second, think about whether a patent is the best use of your resources. “As a struggling entrepreneur, or at the very beginning stages, do you want to spend that $5,000 on the patent?” says Tamara. “Or do you want to spend $5,000 on just being super aggressive at getting your product out there as hard and fast as possible and getting…excitement and interest around your product?”

Third, get information. “I think you should always get information, such as speaking to attorney about what’s possible,” she says. “I’m not saying don’t ever get a patent. It can be a useful tool if something about the product is patentable that could prevent others from creating a similar type product.”

2. In the Beginning, There Can Be Only One 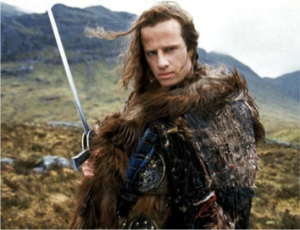 What do you do if your product is right for several markets? Go after all of them?

“You’ll find that once you start getting yourself out there, that…markets will come up that you never first even realized,” she says.

For instance, her first product, TP Saver, prevents little kids from unrolling the entire roll of toilet paper. But she found out that pet owners were another possible market. And so were RV owners. “When RVs travel across the country, the toilet paper unspools,” she says.

So how do you target all of these markets with one product?

Dominate one market at a time

You have to focus on your core market first.

“It costs money to attend trade shows,” she says. “And plus, think about the packaging and the cost of packaging. I would have had to repackage [TP Saver] for the RV market.”

And after you’re doing well in your core market, you can then go after the other markets.

“I did eventually branch out to the pet market, but that was after focusing on the parent market. It pays off to focus…even though you have all these other fantastic distractions and opportunities.” 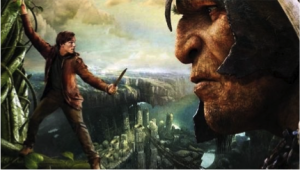 One-off sales on your own website are great, but getting your product into Whole Foods or some other major retailer can take your business to a whole new level.

But when people are trying to sell their very first product, “they think, ‘How am I going to get into that big store?’” says Tamara. After all, you’re a brand new inventor and these are huge, well-known retailers like Whole Foods and Wal-Mart.

So how do you get your foot in the door of major retail stores?

Think from the buyer’s perspective

Realize that buyers want to hear from you.

“They are hungry for products,” says Tamara. “They are thrilled to work with entrepreneurs. Most people don’t realize that.”

In fact, many retailers create special programs just to connect with entrepreneurs. “Sam’s Club, Whole Foods, Wal-Mart, they have these local purchase programs,” she says. “Also, Wal-Mart is interesting because they give their regional managers the power to test things out locally. And if it sells successfully, then…the regional manager takes it to the corporate office.”

How Zee Ali went from selling cigarettes in the hood of Chicago to selling...
How stress affects a founder’s performance
Behind-the-scenes SEO and backlink strategies
An uncomfortably revealing interview with John Lee Dumas of EOFire (Live...
Master class course
How to remember names (So you can build better relationships)
How does a guy who has no attachment to money make so much money?